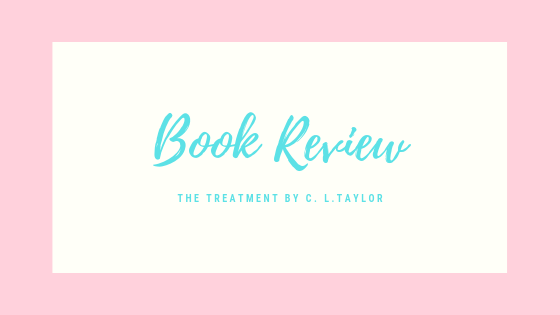 For those who know me, I’m a big fan of social media and the internet. I practically spend my life on it and it’s something I easily relate to.

That’s one reason why I felt connected to this novel.

The Treatment is C. L. Taylor’s first and only YA Thriller.

Drew Finch is a 16 year old who wants nothing more than to be left alone by her relentless bullies. Her father had disappeared years ago and she doesn’t get on with her stepdad. On top of that, her brother, Mason, has been sent to the Residential Reform Academy (Norton House) for disruptive behaviour. She’s almost relieved until a mad woman catches her in a lane and passes her a note. It’s from Mason, asking for help; Norton House is brainwashing its students. When nobody believes her, or the note, Drew creates a plan; she needs to get into Norton House and rescue her brother herself. But what happens in there is more than what she expected. With new friends and a ghost from the past, how will Drew navigate her escape plan without being brainwashed herself?

I was glad to read another YA novel, my usual genre; it’s one that lets me get back into reading without having to focus too much. The language is always simpler and the plot is usually easier to follow. And that’s exactly the aspects of the genre this book adopts.

The language is quite simple but that helps with pushing the story forward. That’s not to say it doesn’t have an interesting or compelling plot, it does, it just means it can make for a quick read. In fact, I only took three days to finish it, the fastest I’ve read in a while. The novel itself is only 297 pages long, but that’s typical of YA.

Perhaps my favourite part of this story was actually the voice. Drew speaks to the reader directly throughout, explaining her emotions and decisions, making the reader feel more immersed and care more for the outcome of the characters. This also makes Drew’s characterisation a lot better than the others. We get to read exactly how her mind is working without any tricks, making for a more empathetic read.

Drew is quite opinionated, something rather typical of protagonists of YA novels, but C. L. Taylor manages to incorporate current events into her novel. The debacle of Brexit and the Conservative government features heavily in the story, for good reason, but it’s rather a bold move in my opinion.

Technology and social media is very heavily used, a good way of connecting to the YA audience she needs and something I connected to also. Perhaps I just haven’t read a lot of current YA, but it’s something I haven’t seen a lot and it was refreshing. I felt like I could connect more with the character on this basis.

In regards to the actual storytelling, the chapters can be quite short at times, none of them are really long, but unlike Match Me If You Can, the shortness of these chapters is not jarring. They feel like they have a purpose for being so short rather than just setting a scene as the other novel did. Time was also clearly marked so you knew how long had passed in each chapter. Maybe it’s comparing apples to oranges, with both books being different genres, and The Treatment being told solely from one perspective whilst Michele Gorman introduced three perspectives.

There are a few areas of the novel I feel could have been improved:

I noticed throughout that there were some grammatical and spelling errors, missing apostrophes or missing words. The editing could definitely have been improved. Although, it wasn’t enough to cause an issue with reading; it didn’t draw me out of the story (except maybe once where a rogue apostrophe made the narrative appear as speech).

Despite how much I liked the characterisation of Drew, she did feel slightly cliche. Her status as the outcast can help younger readers relate more to her, it also felt too familiar with other characters I’ve read in other YA novels. In fact, her distrusting nature seems to disappear as soon as Megan/Mouse, her friend in the academy, explains herself. It seemed a process of trusting too quickly for her character. However, I did like the online personas Drew took on and their reasons for each. This added a unique aspect to her character that pulled away from cliche.

The action, at times, does blend too well with the narrative. So well, it feels like a “blink and you’ll miss it” moment. This made it hard to really appreciate the atmosphere and emotion that should have been felt in that scene.

Other characters seemed less developed and more throwaway than perhaps they were meant. Israel was an interesting character I felt could have been utilised a lot more, as well as Megan/Mouse (for reference, Mouse is Megan’s nickname).

I also found the change of tense rather confusing. The narrative is told from first person and in the present tense. At times it uses past tense, particularly at the beginning or end of chapters. Most of the time, it’s done well, but I did find myself having to reread a few moments where the tense changes confused me.

Overall, the novel utilises current events really well and characterises Drew in a way that connects to the reader and makes the story more personal. The ending is wrapped up neatly with a hint of more, although a quick look at C. L. Taylor’s other work shows that there’s unlikely to be a sequel. Still, the option is there for the reader to at least know that it isn’t completely over.

Although there could have been improvements, the story is frightening for its realistic threats and situation; a story that very well could take place in the real world.

Would I recommend this novel?

Connect with the author:

Creative Writing graduate and lover of all things space, dinosaur and food related. When I’m not too busy perusing Twitter and Facebook, or writing the next Harry Potter*, I’m usually reading or catching up on the latest Netflix show. Avid Jurassic Park fan and anything zombie-related, my survival skills are impeccable (at least, I imagine they would be if the end of the world ever came about). Stationery is my weakness and I’m also a huge fan of anything cat, bird or cacti related; you’ll most likely find me sitting on a bench in the city feeding pigeons with the “Do Not Feed The Birds” sign right next to me. *Full disclosure, I’ve never read the Harry Potter series. I know, I’m a terrible bookworm. View All Posts

One thought on “The Treatment – C. L. Taylor”